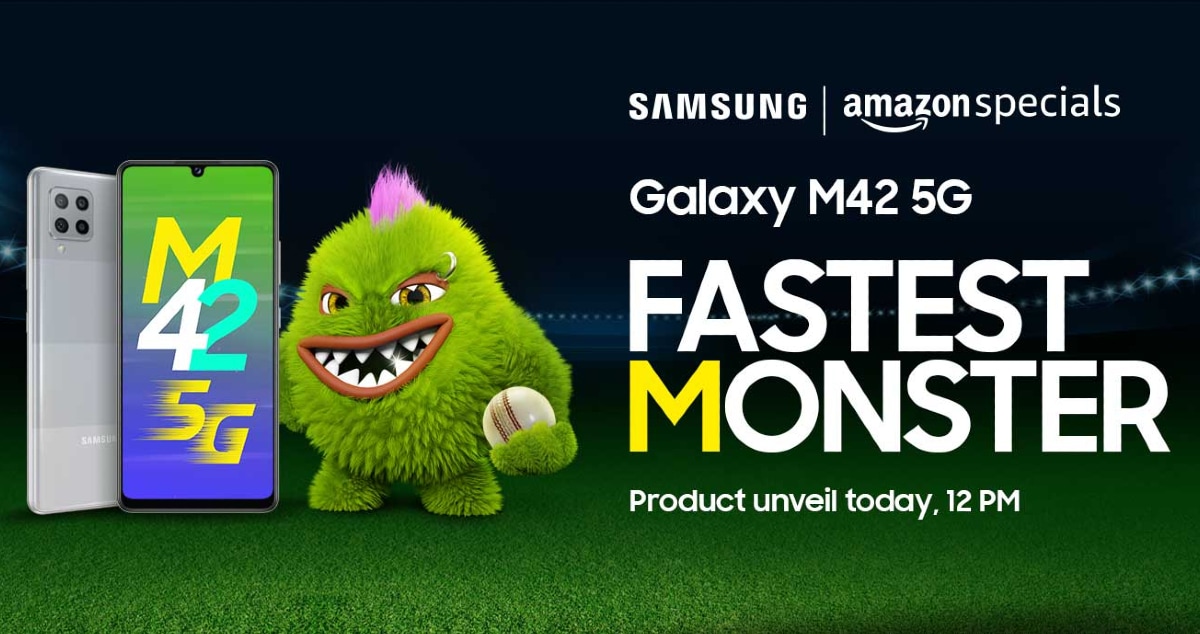 Samsung Galaxy M42 5G will launch in India today. The pricing, availability, and detailed specifications will be revealed at 12pm (noon). The phone is being teased on Amazon India, hinting at availability on the e-commerce site for purchase. It is confirmed to be powered by the Qualcomm Snapdragon 750G SoC and is touted to come with Knox mobile security. Several reports suggest that Samsung Galaxy M42 5G is a rebranded model of the Samsung Galaxy A42 5G that was launched last year.

Samsung Galaxy M42 5G has been listed on Amazon India confirming availability of the phone on the e-commerce site. Besides, it will also be up for grabs on the Samsung online store in the Indian market. The phone is seen in a grey multi-toned finish, but it should launch in other options as well.

As for specifications, Samsung Galaxy M42 5G is confirmed to be powered by the Qualcomm Snapdragon 750G SoC and come with defence-grade Knox security. It supports 5G and is teased to offer Samsung Pay support.

If this speculation is true, then Samsung Galaxy M42 5G may run on Android 11 and feature a 6.6-inch Super AMOLED display. Leaks claim that the phone may pack 6GB and 8GB RAM options and is likely to have 128GB storage capacity. The quad camera setup on the back is reported to feature a 64-megapixel main camera. Furthermore, Samsung Galaxy M42 5G is expected to pack a large 6,000mAh battery.

What is the best phone under Rs. 15,000 in India right now? We discussed this on Orbital, the Gadgets 360 podcast. Later (starting at 27:54), we speak to OK Computer creators Neil Pagedar and Pooja Shetty. Orbital is available on Apple Podcasts, Google Podcasts, Spotify, and wherever you get your podcasts.

Affiliate links may be automatically generated – see our ethics statement for details.

The IMDb TV app is finally arriving for iOS and Android

Virgin Galactic will reopen ticket sales at $ 450,000 per seat